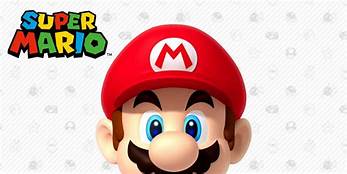 -I am very sensitive sometimes

-I use Microsoft Edge

If you are bored and you wanna play some levels, Don't worry! I am one of the best Level Makers of all time! (well kinda maybe idk)

Taking Mario to the next level!

I am working on a series called: Super Mario World: Reborn! The entire Mario Universe is torn apart by Bowser and Mario has to jump between 8 different worlds and destroy every enemy that comes in his way. Bowser is developing a new weapon to destroy the Mario universe (and others) and Mario has to stop him before he has the technology to build it. Will he be able to stop Bowser before the entire universe is destroyed? We will find out soon.

Here are the levels:

So I have a rating system that some people also use.

First I Say the Pros and Cons About the level which will decide My rating And score. But they won't be added or subtracted as compliments like *ahem* AllenCaspe9510's Rating system.

Then I will say the difficulty of the level.

Then the class it will go in depending on my rate

5. How I Discovered Level Palace And Super Mario Flash:

That is how I joined Level Palace!

History of Super Mario Flash. (And Me)

(2013) When I started to play Super Mario Flash

(2014) When I discovered Pouetpu Games I just played Super Paper Mario after years. I last played it when I was 7, now I'm 15.

@Mariogamerxyz Woah. I never actually played it before.

@javien322 It's a have to. The game is literally one of the best ones on the Wii!

@Mariogamerxyz Sounds interesting! By the way, The argument we had a few weeks ago, I realized it got deleted. Did you delete it? Or was it a mod? Just asking.

I remember that you gave me my first comment on one of my levels!

Thank you for giving feedback on my level. :)